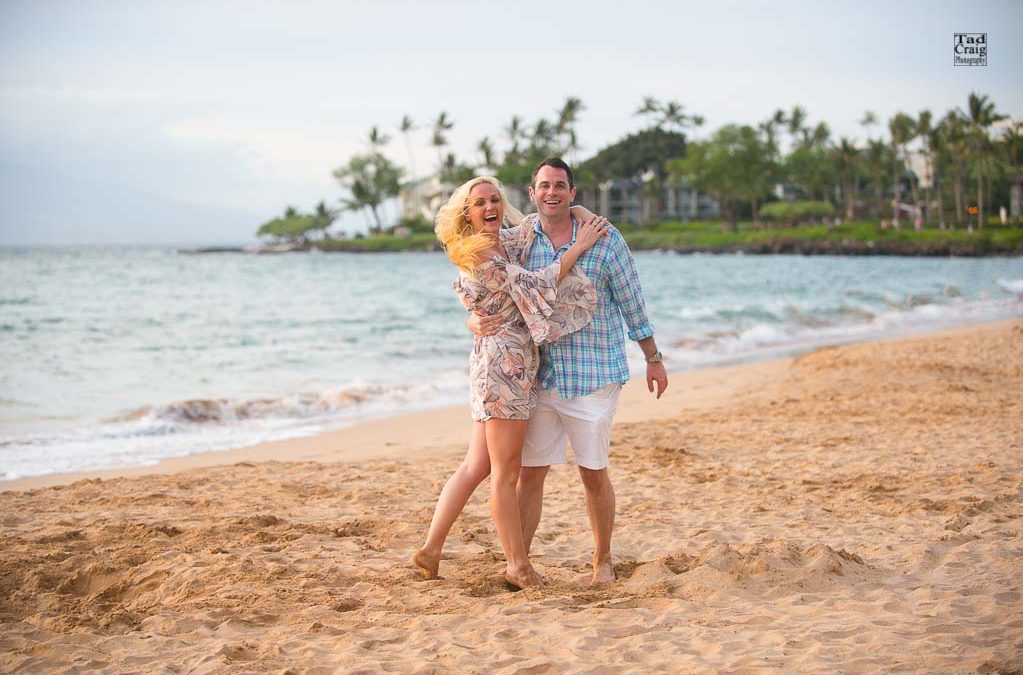 Remembering back to the very moment Rachel realized the total surprise Maui proposal her boyfriend had planned was being photographed. Her reaction was absolutely priceless! Such a genuine moment & so utterly perfect!

Michael and I had planned it all via a few phone calls & lots of texting. Staying at the Gorgeous Four Seasons Maui, we thought of different locations, but he knew her dream was to get engaged on a white sandy beach. We were not going to actually get to meet before hand, so I had to describe the location I recommended & be in position so when they finally there it would be perfect. Our timing changed though as Rachel had a few wardrobe changes & then on the way was questioning why he wanted to walk on the beach & not the sidewalk. Not sure what he said to her, but they made their way to the perfect spot & he said the magic words he had always wanted to say and screamed “YES”!

Couldn’t have gone any better. I later learned that Rachael is a wedding planner & seen me on the beach and as she walked by thought that I must be waiting on the beach for a surprise proposal, BUT had no idea it was hers! Her excitement was absolutely priceless throughout the entire evening. Of course Michael was equally excited, but her expression was so perfect.

Our timing couldn’t have been any better as right on Que the sun started to dip towards the horizon & was as pretty as it gets. Using a shallow depth of field I was able to keep the focus entirely on them & still get all that pretty sunset in the back ground. She was genuinely on could nine & more excited then I could possibly imagine. Congrats to these two lovers who are now engagged! 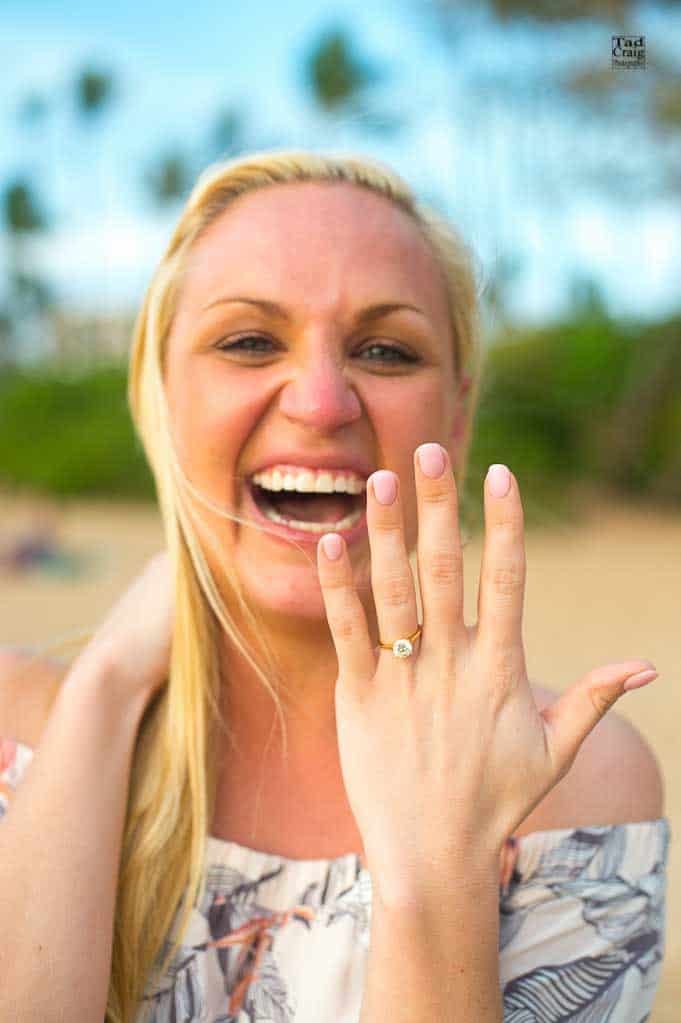